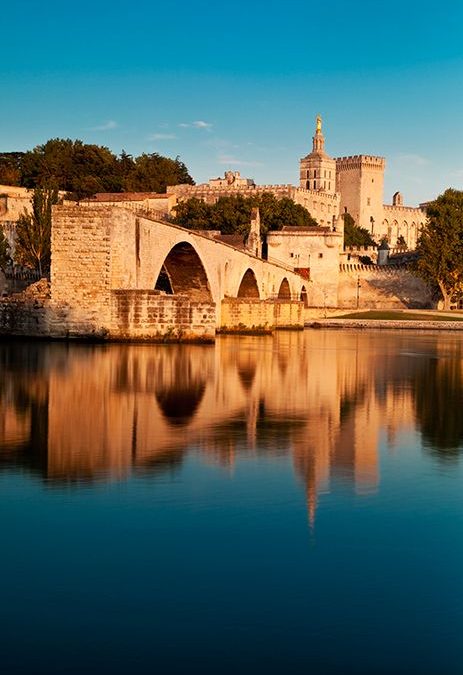 Around the World Cruises

And There’s Always The World!

So, where in the world do you want to go on your next cruise(s)? Unless you’re primarily interested in onboard cruise experiences, or prefer sea days to port days, destinations and itineraries are primary concerns of most water travelers. This is especially true in such port-rich regions as the Mediterranean where Barcelona, Rome, Athens, Santorini, and Istanbul are big destination winners. In fact, many cruisers like to talk about the cruises they’ve taken (This is my 25t0), the places they’ve visited (Been to 75 countries), and the ships they sailed (Did the QE2 three times) – the boasting “cruise mind” for one-upmanship “cruise conversations.” Many such water lovers also have bucket lists of places they hope to cruise to before they die!

One of the first decisions travelers make is where to go – identify desirable cruise destinations and itineraries before deciding which cruise line or cruise ship to book. Some cruisers also have a small bucket list of special ships and unique water journeys, such as the 7-night transatlantic crossing from New York City to Southampton (United Kingdom) on Cunard’s famous ocean liner, Queen Mary 2, or an expedition/adventure cruise to the Galapagos, Amazon, Antarctica, or Northwest Passage with Hurtigruten, Lindblad Expeditions, or Quark Expeditions.

CruiseCritic conducts an annual survey of its readers to identify the most popular cruise destinations worldwide. Individuals who completed their 2019 survey identified the following 10 ocean and river ports as their favorites: 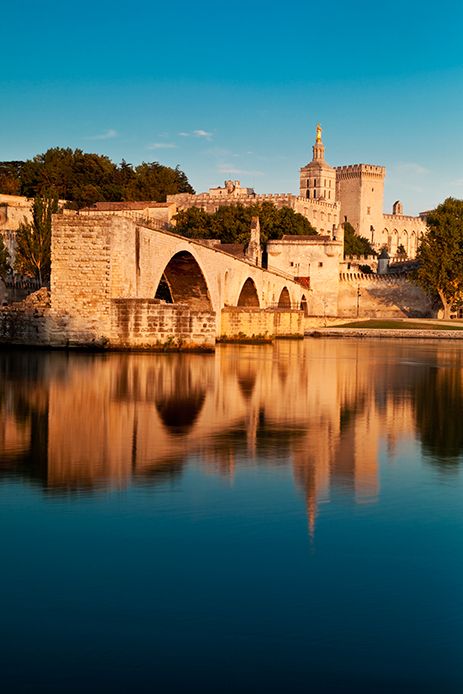 I’m very suspicious of this much-quoted survey — it doesn’t reflect actual cruise choices and favorite ports selected by real cruisers – only survey choices of visitors to a popular cruise website. While it’s unclear why these places are “favorites” — especially given the overwhelming popularly of such Mediterranean countries as France, Spain, Portugal, Italy, Greece, and Turkey and such ports as Barcelona, Rome, Athens, and Istanbul — more objective cruise passenger data shows the following ports are the busiest in terms of sheer numbers of cruisers embarking or disembarking through these cruise-friendly gateway cities:

Individual cruise lines also promote their own lists of “best cruise destinations.” For example, Celebrity Cruises identifies these destinations, along with related itineraries, as the best for 2021:

Royal Caribbean, which sails large ships to over 300 destinations with a disproportionate number (24 ships) targeted for the Bahamas and the Caribbean, identifies these best cruise places for 2021-2023:

Carnival Cruises, the world’s largest cruise company, promotes its own list of best cruise destinations and itineraries each year:

Small luxury cruise line Seabourn, which goes to 17 unique destinations and 464 ports, is famous for its innovative itineraries to:

The world’s most popular cruise regions and areas include the following:

The Mediterranean (Eastern and Western) is the world’s most popular tourist destination, which accommodates nearly 350 million international visitors annually (2019 data). In fact, seven of the world’s top tourist destinations are found here – #1 France (90 million), #2 Spain (83 million), #5 Italy (65 million), #6 Turkey (51 million), #13 Greece (31 million), #15 Portugal (25 million), and #24 Croatia (17 million). This region also is the number one cruise destination in the world with over 30 million people visiting its 22 countries, 200+ cruise-friendly islands, and 300 ports each year.
The Mediterranean includes a rich collection of islands (3,000+) for water lovers, from large and iconic Sicily, Sardinia, Cypress, Corsica, Crete, and Majorca to small and romantic Santorini, Mykonos, Nafplion, Paros, Capri, Formentera, Hvar, and Milos. The most popular cruise ports are mainland cities and towns such as Barcelona, Seville, Athens, Istanbul, Dubrovnik, Split, Lisbon, Rome, Venice, La Spezia, and Villefranche-sur-Mer (Nice) that dot the shores of the Mediterranean. Many of these places exude old world charm with their intriguing history, art, and culture.

The Caribbean (Eastern, Western, Southern) is the world’s second most popular cruise region. Each year 12 million cruise passengers visit the Caribbean. Spread over an area of nearly 1 million square miles and populated by 45 million people, the Caribbean is punctuated with 7,000+ tempting islands, reefs, and cays, and lined with inviting coastal ports in North, Central, and South America. The most convenient cruise center for Americans, the area is easily accessible from major cruise ports in Florida (Miami, Everglades, Canaveral), Louisiana (New Orleans), and Texas (Galveston).

Caribbean cruises tend to be short (4-10 days) and inexpensive ($100 to $300 per day). Many cruisers book the huge mega-ships, which accommodate 4,000 to 5,500 cruise passengers plus another 1,000 to 2,000 crew members. Six cruise lines also own six private islands and cays (small sand islands on the surface of a coral reef – also “caye” or “key”) in the Bahamas where they entertain and upsell their captive audience onshore with everything from beach activities, cabanas, watersports, waterslides, fishing, games, and ziplining to music, food, restaurants, bars, spas, lagoons, ballooning, shopping, and mini excursions:

Two of these cruise lines also own and operate two similar islands in Haiti and Belize:

Within the three Caribbean sub-regions, the most popular destinations include the following:

Bermuda, located north of the Bahamas and the Turks and Caicos, is technically not part of the Caribbean, but it’s usually included as part of the popular Atlantic/Caribbean cruise region. A major cruise player drawing cruisers from East Coast USA and the U.K., Bermuda annually handles over 500,000 cruise passengers from nearly 1,000 ships that dock at its two busy ports.

The most popular countries for cruisers tend to be skewed by the location of major embarkation ports. For example, nearly 13 million cruisers, or one out of every three people who cruise each year, embark on their cruise at one of three U.S. ports in Florida – Port Miami, Port Everglades, or Port Canaveral. Other very popular countries and ports include:

Barcelona is the leading Mediterranean cruise port with over 3.1 million passengers visiting each year (2019) as they embark, disembark, or pass through in transit. The Balearic Islands (four Spanish islands — Mallorca, Menorca, Ibiza, and Formentera) and Civitavecchia (Rome) are the two other most visited cruise ports in the Mediterranean.

Cruise ship itineraries vary considerably based upon the size and clientele of the cruise ship. Large ships of Carnival Cruises, Royal Caribbean Cruises, and Norwegian Cruise Line that primarily focus on the Caribbean disproportionally cater to young, multigenerational, and budget cruisers who find youth-oriented onboard activities especially appealing. The downside to their cruise life often involves lengthy embarkations, long buffet lines, lots of screaming kids and partying 30-year-olds, onboard nickeling and diming, and disembarking with 3,000+ fellow passengers!

Smaller luxury cruise lines, such as Regent, Crystal, Seabourn, Silversea, Ponart, and Viking, along with Azamara, Oceania, and Windstar, offer many interesting itineraries that appeal to the education, adventure, and comfort interests of their well-traveled and senior (55+) clientele who prefer more all-inclusive cruise experiences. These cruise lines devise some of the most innovative itineraries and overnight port stays for curious travelers in search of unique travel experiences found in some of the world’s smaller cruise ports. Windstar, for example, recently revamped its itineraries to include such places as the Aleutians and North Pacific (Alaska to Tokyo), the Philippines, Borneo, Great Barrier Reef, Indonesia, Costa Rica, and remote Caribbean islands. Azamara Cruises now promotes a “Maiden Voyages” collection that introduces cruises to many new and unusual places in Africa, Asia, Europe, the Mediterranean, South America, and the Caribbean. Silversea Cruises continues to pioneer luxury cruises to 900 destinations on seven continents, including the Galapagos, Africa, Indian Ocean, Asia, Australia, Antarctica, Arctic, and Greenland. Viking Ocean Cruises is known for exploring the fjords of Norway and Chile, cruising the Amazon River, visiting such remote islands as Mauritius and Easter Island, sailing through the Panama and Suez canals, and cruising the St. Lawrence River and Great Lakes. And Viking River Cruises has now expanded its operations to the United States – currently cruises the Mississippi River.

Around the World Cruises

If you love to cruise, and if time and money are sufficient to indulge your travel passions, consider surveying around-the-world options with several cruise lines. These lengthy cruises are increasingly popular in today’s cruise world. In fact, many such cruises are cheaper than staying home or traveling by other means. And many are sold out for the next two years! Most offer spectacular itineraries.

Several cruise lines offer lengthy sailings – from 50- to 180-day cruises – to major destinations around the world. Other cruise lines primarily specialize in 7- to 14-day cruises with the longest sailings being repositioning cruises involving the Atlantic and Pacific. Cruisers usually can purchase short segments (15- to 40-day) on these cruises rather than complete the whole world cruise. Prices range from $130 to $500 a day. Here are some of the major world cruise offerings for 2022 and 2023:

And There’s Always The World!

The ultimate around the world cruise ship is the 644-foot The World Residences at Sea. Launched in 2002 and visiting over 100 ports each year, this is the only private residential ship in world. It’s literally a floating luxury ship consisting of 165 private luxury residents or condos. The initial buy-in costs anywhere from $4 million to $36 million depending on the unit (from studios to 3-bedroom units to a penthouse). Owners are assessed additional fees for ship preservation, operations, crew compensation, and food and beverage onboard. A combination private yacht and luxury vacation home, The World is always cruising to somewhere in the world; it usually circumnavigates the globe every two to three years. Most owners are flush with time and money, although many continue their professional lives by living part-time (three to four months a year) onboard. Normal occupancy at any time is 150 to 200 residents who are more than just your average millionaire or billionaire cruiser! They make up a special class of cruiser who may already have almost everything money can buy.